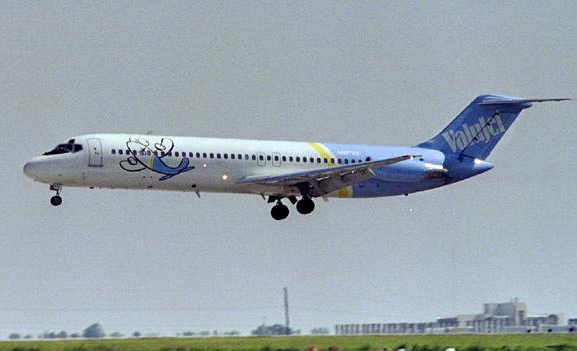 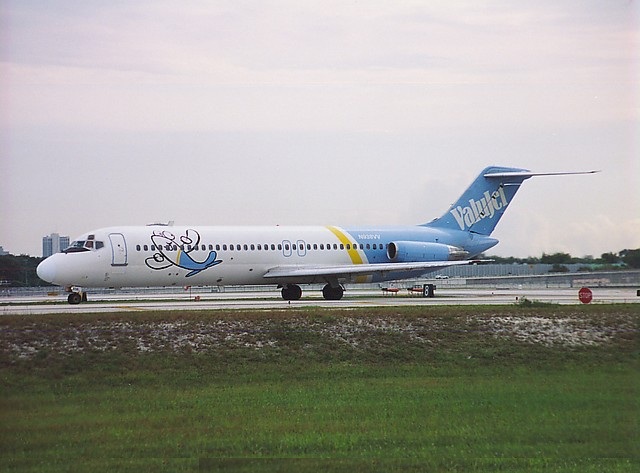 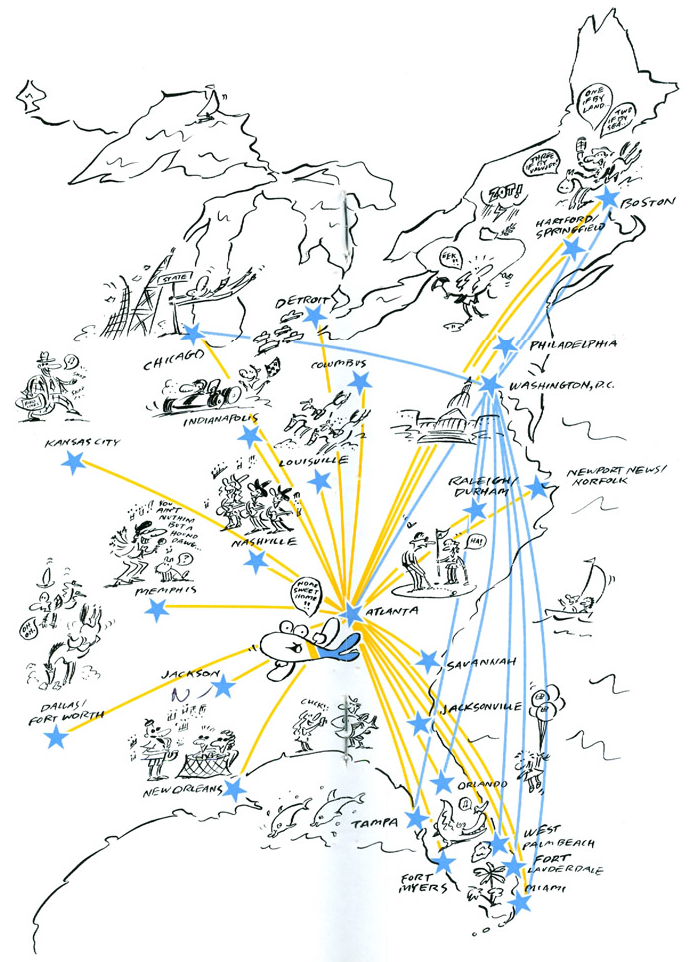 ValuJet's first flight (Flight 901 from Atlanta to Tampa) took place on October 26, 1993, with service from Atlanta to Orlando, Jacksonville and Tampa with a single Douglas DC-9 that previously belonged to Delta Air Lines. The carrier was headed by a group of industry veterans including co-founder and chairman Robert Priddy, who had started a string of successful airlines including Atlantic Southeast Airlines (ASA), Air Midwest Airlines, and Florida Gulf Airlines. Board members Maury Gallagher and Tim Flynn, the other co-founders, developed and ran WestAir before selling it to Mesa Airlines; former Continental Airlines and Flying Tigers President Lewis Jordan joined the carrier a short time later as president.

ValuJet was founded in 1992 and began operations on October 26, 1993. It originally offered service from Atlanta to Orlando, Jacksonville and Tampa with a single Douglas DC-9 that previously belonged to Delta Air Lines. The first flight, Flight 901, flew from Atlanta to Tampa. The carrier was headed by a group of industry veterans including co-founder and chairman Robert Priddy, who had started a string of successful airlines including Atlantic Southeast Airlines (ASA), Air Midwest Airlines, and Florida Gulf Airlines. Board members Maury Gallagher and Tim Flynn, the other co-founders, developed and ran WestAir before selling it to Mesa Airlines; former Continental Airlines and Flying Tigers President Lewis Jordan joined the carrier a short time later as president.

The airline went public in June, 1994 after a year of tremendous growth with the addition of 15 aircraft since the first flight in 1993. It became the fastest airline to make a profit in the history of American aviation, earning US$21 million in 1994 alone. In October 1995, ValuJet placed an order with McDonnell Douglas for 50 MD-95 jets (now known as the Boeing 717) with an option for 50 more. To keep costs low, the airline bought many used aircraft from around the world. At the time ValuJet's fleet was among the oldest in the United States, averaging 26 years. In 1995, the airline sued Delta Air Lines and TWA over landing slots.

Like most low-cost airlines, ValuJet did not own any hangars or spare parts inventories. However, the measures it took to hold down fares were very aggressive even by low-cost standards. It required pilots to pay for their own training and only paid them after completed flights. It also gave flight attendants only bare-bones training. It also outsourced many functions other airlines handle themselves. For instance, it subcontracted maintenance to several companies, and these companies in turn subcontracted the work to other companies. Whenever delays were caused by mechanics, ValuJet cut the pay of the mechanics working on that plane.

The Federal Aviation Administration's (FAA) Atlanta field office sent a memo on February 14, 1996, to Washington, D.C., stating that "consideration should be given to the immediate FAR-121 rectification of this airline" - in other words, the FAA wanted ValuJet grounded. ValuJet airplanes made 15 emergency landings in 1994, 57 in 1995, and 57 from January through May 1996. In February the FAA ordered ValuJet to seek approval before adding any new aircraft or cities to their network, something the industry had not seen since deregulation in 1979. This attempt at removing ValuJet's certification was "lost in the maze at FAA" according to NTSB Chairman Jim Hall.[7] By this time, ValuJet's accident rate was not only one of the highest in the low-fare sector, but was more than 14 times that of the legacy airlines.

Fallout from the crash of Flight 592

On May 11, 1996, ValuJet suffered their highest-profile incident when Flight 592, a DC-9 flying from Miami to Atlanta, plunged into the Florida Everglades killing all 110 persons on board. The crash was caused by an onboard fire triggered by full chemical oxygen generators that were illegally stowed in the cargo hold without their safety caps by maintenance subcontractor SabreTech. The resulting investigation revealed numerous systemic flaws, and ultimately faulted ValuJet for not supervising SabreTech.

After the crash, many of ValuJet's other cost-cutting practices came under scrutiny. They allowed one airplane to fly 140 times despite a leaky hydraulic system, and another to fly 31 times with malfunctioning weather radar. Another plane was allowed to fly despite engine rust that went unnoticed during its refit; it caught fire a few months later and was completely destroyed. At the time of the crash, the FAA was in the final stages of a three-month review of ValuJet's operations. The Transportation Department originally wanted to give ValuJet a clean bill of health. However, due to strong objections from the department's Inspector General, Mary Schiavo, the FAA grounded ValuJet on June 11, 1996.

On September 26, 1996, ValuJet resumed flying with 15 jets, down from 52 before the crash, after complying with all DOT and FAA requirements. On November 4, 1996, ValuJet announced that Joseph Corr, former CEO of Continental Airlines, would become CEO and President at a time when the airline was in serious trouble. Their highest-paying customers never returned, and they had lost $55 million since the crash of Flight 592.

After the large amount of negative publicity surrounding the Flight 592 incident, ValuJet suffered serious financial problems. On July 11, 1997, ValuJet announced that they would merge with the much smaller Airways Corporation, parent of AirTran Airways. The merged company retained the AirTran name, although ValuJet was the senior partner and nominal survivor of the merger. In November 1997, the company announced they would move their headquarters from Atlanta to Orlando. On November 17, 1997, AirWays Corp. and ValuJet completed their merger, and the tarnished ValuJet name passed into aviation history.

Today, AirTran makes almost no mention of their past as ValuJet. A large cache of ValuJet memorabilia, including radio ads, remains locked in an Atlanta warehouse. However, AirTran opted not to make any major announcements on the crash's tenth anniversary out of respect for the victims' families.