Facing the pressures of deregulation, the airline began to consolidate its route system around a domestic hub in Saint Louis (aided by its purchase of Ozark Air Lines in 1986) and an international gateway in New York. It was able to remain profitable during this time because of its good pre-deregulation route positioning and the relatively low costs of adapting its operations. In 1985, Carl Icahn bought the 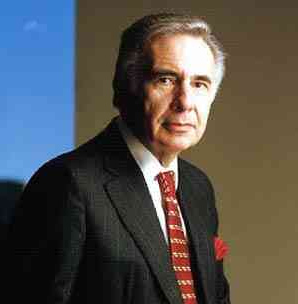 airline operations from the Trans World Corporation and appointed himself as chairman of the newly independent airline. Also in 1985, TWA closed their hub at Pittsburgh International Airport after nearly 20 years of a hub status.

In 1989 TWA decided to replace its fleet of Boeing 727 Series 100 aircraft with the former Ozark DC-9s. This decision was based on the economics of operating three-pilot airplanes (B-727s) with three engines, versus operating two-pilot airplanes (DC-9s) with two engines. Both airplanes had approximately the same passenger and cargo capacity, so it was decided to replace the Boeing fleet. In order to prepare for this transition, TWA positioned several million dollars worth of spare parts for the DC-9s in Germany. This was a requirement dictated by the German government. If TWA wanted to use DC-9s in the service of the German population, then TWA had to provide readily available spare parts for its fleet. The airline also sent its senior DC-9 pilots (known as Check Airmen) to Europe to observe the operations in preparation for the changeover of the crews that was to follow. Shortly before the DC-9 airplanes began arriving in Germany, however, the entire plan was canceled because the leasing contracts that Carl Icahn had created for the former Ozark DC-9s specifically forbade any operations outside of the continental limits of the United States.
In 1987 Icahn moved the company's main offices from Manhattan, New York City to office buildings he owned in Mount Kisco.

TWA's zenith occurred in the summer of 1988, when, for the only time, the airline would carry more than 50 percent of all trans-Atlantic passengers. Every day, Boeing 747, Lockheed L-1011, and Boeing 767 aircraft would depart to more than 30 cities in Europe, fed by a small but effective domestic operation focused on moving U.S. passengers to New York or other gateway cities for widebody service across the Atlantic, while a similar inter-European operation would shuttle non-U.S. passengers to TWA's European gateways - London, Paris (which was even considered a European hub by TWA) and Frankfurt - for travel to the United States. Icahn's pressing needs for additional capital forced him to sell the airline's Heathrow operations to American Airlines at about the same time that Pan American World Airways sold its Heathrow operation to United Airlines.

1992 bankruptcy
Tillinghast ignored the trans-Pacific market and the dedicated air cargo market. He was reported to have said, "There's no money in the Pacific and there's no money in cargo. We're gonna' shrink this airline 'til it's profitable." These two oversights are said to have been the undoing of TWA.
Airline deregulation hit TWA hard in the 1980s. TWA had badly neglected domestic U.S. expansion at a time when the newly deregulated domestic market was growing at an exponential rate. TWA's holding company, Trans World Corporation, spun off the airline, which then became starved for capital. The airline briefly considered selling itself to renowned corporate raider Frank Lorenzo in the 1980s, but ended up selling to yet another corporate raider Carl Icahn in 1985. Under Icahn's direction, many of its most profitable assets were sold to competitors, much to the detriment of TWA. Icahn was eventually ousted in 1993, though not before the airline was forced to file for bankruptcy in 1992. Icahn emerged unscathed. TWA moved its headquarters from Mt. Kisco to the former headquarters building of McDonnell Douglas in St. Louis soon after Icahn left.

1995 bankruptcy
When Carl Icahn left in 1993, he arranged to have TWA give Karabu Corp., an entity he controlled, the rights to buy TWA tickets at 45 percent off published fares through September 2003. This was named "The Karabu Deal." The ticket program agreement, which began on June 14, 1995, excluded tickets for travel which originated or terminated in St. Louis, Missouri. Tickets were subject to TWA's normal seat assignment and boarding pass rules and regulations, were non-assignable to any other carrier, and were non-endorsable. No commissions were paid to Karabu by TWA for tickets sold under the ticket program agreement.

At its heyday TWA operated a fleet of 747-100 aircraft
By agreement dated August 14, 1995, Lowestfare.com LLC, a wholly owned operating subsidiary of Karabu, was joined as a party to the ticket program agreement. Pursuant to the ticket program agreement, Lowestfare.com could purchase an unlimited number of system tickets. System tickets are tickets for all applicable classes of service which were purchased by Karabu from TWA at a 45 percent discount from TWA's published fare. In addition to system tickets, Lowestfare.com could also purchase domestic consolidator tickets, which are tickets issued at bulk fare rates and were limited to specified origin/destination city markets and did not permit the holder to modify or refund a purchased ticket. Karabu's purchase of domestic consolidator tickets was subject to a cap of $70 million per year based on the full retail price of the tickets.
On most TWA flights, Karabu could buy at a heavy discount and then sell a certain portion of all TWA's available seats. As a result, TWA was hamstrung by the high proportion of heavily discounted seats that had been pre-sold and was essentially left with no control over its own pricing. It could not afford to discount any of its own seats, and if TWA wanted to increase revenue on busy routes by putting a larger plane into service, Karabu would only claim more seats. It is estimated TWA was losing around $150 million a year in revenue with this deal.
In trying to ameliorate the Karabu deal, TWA went in and out of bankruptcy in 1995.