(a trading name of Sun Air Express) is a United States airline with its headquarters in Dania Beach, Florida in Greater Miami (the headquarters has a Fort Lauderdale mailing address). It operates charter services as well as scheduled passenger services subsidized under the Essential Air Service (EAS) program.

Sun Air had planned to begin service between Atlanta and Middle Georgia Regional Airport in Macon, Georgia on December 1, 2012. However, the airline decided to pull out of the airport deal. 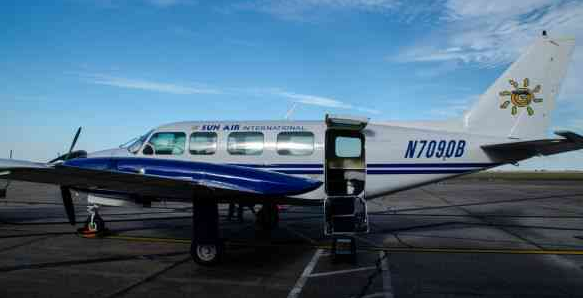