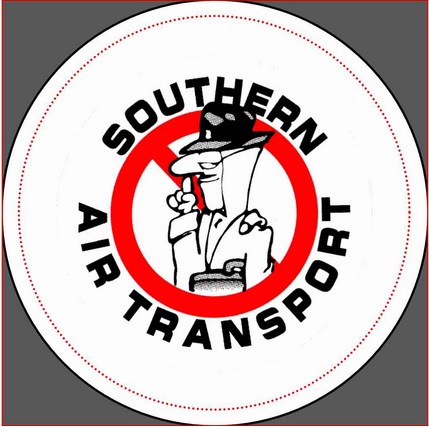 Southern Air Transport (SAT) (1947-1998), based in Miami, Florida, was a cargo airline best known as a front company for the Central Intelligence Agency (1960-1973) and for its role in the Iran-Contra affair in the mid-1980s. Southern Air carried four loads of US weapons bound for Iran from the US to Israel, and on the return flights carried weapons destined for the Nicaraguan Contras from Portugal. The shooting down of an SAT flight in Nicaragua in October 1986 helped expose Iran-Contra.

1947-1986
SAT was founded in 1947 in Miami as a charter airline flying cargo to The Bahamas. By the time it was acquired by the CIA in 1960 for $300,000 (from the company's founder, F. C. "Doc" Moor) it was still small, with three aircraft, and "plenty of debts". SAT became a subsidiary of the CIA's airline proprietary network managed by George A. Doole Jr., the Pacific Corporation. SAT's Pacific Division supported the US war effort in Southeast Asia,[1] and operated 23 Lockheed Hercules aircraft in its fleet. According to the Miami Herald, during the 13 years the agency owned the airline it earned $3 million in profits, most of which were poured back into the firm to expand its operations.

The Central Intelligence Agency sold Southern Air Transport for $2.1 million in 1973 to an aviation executive who had fronted for the agency's ownership of the airline for 13 years, the Miami Herald reported on 10 March 1975. According to the newspaper, SAT had a stockholder equity of $4.2 million when the CIA sold it to Stanley G. Williams, who had fronted as president of the firm from 1962 to 31 December 1973, when he purchased the airline. The Herald said, however, that Williams did not get as good a deal as he wanted for the airline. "It was a long, hard, arms-length transaction," Williams said of the sale.