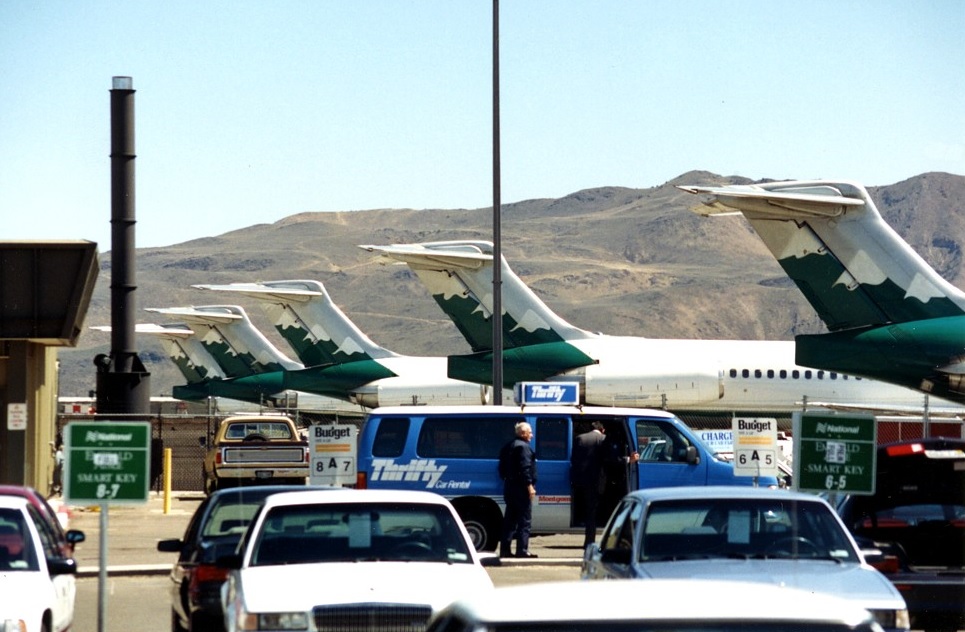 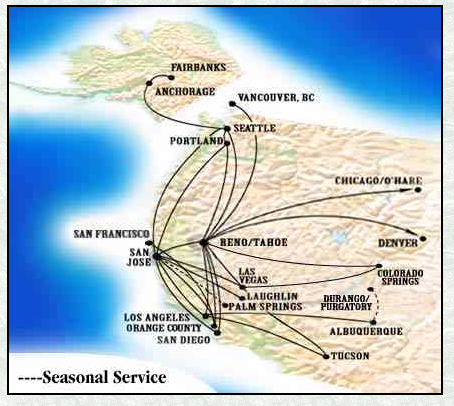 Reno Air was a scheduled passenger airline headquartered in Reno, Nevada, United States. Reno Air provided service from its hubs at Reno/Tahoe International Airport in Reno, Nevada and San Jose International Airport in San Jose, California to destinations throughout the western United States, Canada (Vancouver, British Columbia) and with limited service to the US east coast.

Following the development of its Reno hub, the airline established a second hub at San Jose International Airport in late 1993 by leasing gate space from American Airlines. AA had entered the San Jose market with its purchase of Air California several years earlier, but was having trouble competing with Southwest Airlines on prices and wanted to outsource the operation to a lower-cost operator. At the same time, the airline joined American's AAdvantage program, allowing AAdvantage members to earn credit for flying Reno Air. Reno Air subsequently posted its first annual profit in 1995.

While the airline flew most of its routes on the U.S. West Coast from their two hubs, Reno Air also operated a separate route system based in Gulfport, Mississippi. The Mississippi airport was linked with flights to St. Petersburg and Orlando in Florida and Atlanta, Georgia. None of those four airports was linked to the rest of the Reno Air route system. The flights were operated as scheduled flights, not charter flights.

In 1996, Reno Air adopted a new strategy to focus on the Los Angeles, Las Vegas, and Seattle markets. It opened a reservations center in Las Vegas in 1997, and offered 25 nonstop flights a day there by 1998.

In February 1999, Reno Air was purchased by American, and flew its last flight on August 30 of that year. At the time, the purchase was seen as a way to feed American's east-west route network with Reno Air's north-south flights, primarily through San Jose. American initially retained the former Reno Air aircraft and repainted them into a modified version of the American Airlines color scheme (with a white fuselage instead of an unpainted one), but disposed of the entire Reno Air fleet in 2001 as part of capacity reduction efforts following the 9/11 attacks (this was the same case with former Trans World Airlines services that American had acquired). By the end of 2001 (especially after 9/11) nothing of the original Reno Air existed anymore, and American Airlines downgraded Reno to a spoke city rather than a hub.