The airline began charter operations as Morris Air Service in 1984. It was founded by June Morris who also founded Morris Travel, and David Neeleman who also co-founded WestJet. David Neeleman worked with Southwest for a short period. When his non-compete agreement expired, Neeleman founded JetBlue Airways. June Morris sat on the Board of Directors of Southwest Airlines until she retired at Southwest's annual shareholders' meeting on May 17, 2006.

Morris obtained its own FAR 121 operating certificate in December 1992 and then began operating as its own carrier.

The airline was based at Salt Lake City International Airport and operated several routes primarily in the western United States using Boeing 737 aircraft. 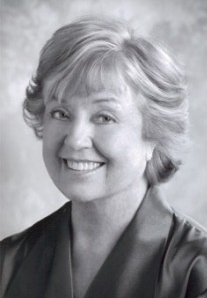 Acclaimed for building one of the nation’s most successful woman-owned companies, June B. Morris grew up in a small town, Manti, Utah, that didn’t have an airport or even a fast lane. Her journey from humble beginnings to success was driven by Morris’ self-determination, integrity and creativity.

When Morris was 11, her family moved to Salt Lake City, where she attended West High School, Steven-Henager Business College and the University of Utah. In 1970, with 30 years of experience, Morris went into business for herself and built the company that brought low airfares to Utah – Morris Travel.

Morris Air was founded in 1984 as a charter operation of Morris Travel and offered low-cost fares, as well as travel packages to Hawaii, Mexico, and Alaska. By 1992, Morris Air was providing service to 28 western cities. Eventually, the company operated a fleet of 25 737-300 aircraft carriers.

In 1993, Morris Air was ranked as Utah’s number one and the nation’s 33rd largest woman-owned-and-operated business. As Chief Executive Officer of the company, Morris rejuvenated Utah’s travel industry while leading a company of valued employees. Her passion was building and watching the business grow, identifying a need, seeing a niche to be filled and figuring how to accomplish the job while enjoying the adventure of discovery.

Morris often remarks that her greatest teacher was her husband, Mitchell, who taught her to create a work environment that encourages creativity and co-empowerment. Travel literally means the world to Morris, along with her husband, she had visited close to every country on earth, including Antarctica.

Morris Air was sold to Southwest Airlines in 1994, after striking an agreement that included the promise to keep Utah markets open and affordable. Morris stayed on to serve as a member of the Southwest Airlines Board of Directors.

Along with her corporate endeavors, she has contributed to local and state social agencies and served as a trustee on more than a dozen universities, government, corporate, and civic boards of directors.

Looking back philosophically on her company’s success, Morris said, “People–employees, clients, everyone–need to be heard and valued. Ordinary people can do extraordinary things if they are open to allowing the contributions of their peers.” 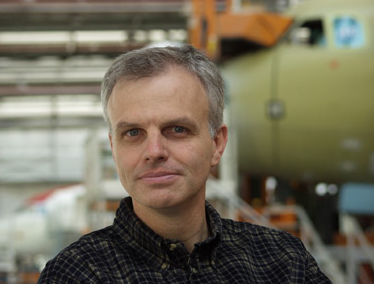 He was born in São Paulo, Brazil, and raised in the United States, to a family of Dutch and North American descent. He lived in Brazil until he was five. He attended Brighton High School in Cottonwood Heights, Utah, and attended the University of Utah for three years before dropping out. He served a mission for The Church of Jesus Christ of Latter-day Saints in the Northeast Region, Brazil.

He co-founded (with June Morris) Morris Air, a low-fare charter airline, and from 1984 to 1988, he was executive vice president of the company. In 1988 Neeleman assumed the helm of Morris Air as its president. Then when Morris Air was acquired by Southwest Airlines for $20 million in 1993, he worked for a short time on their Executive Planning Committee.

After leaving Southwest, Neeleman became the CEO of Open Skies, a touch screen airline reservation and check-in systems company, later acquired by HP in 1999. At the same time, he helped with another upstart airline, WestJet. JetBlue was incorporated in Delaware in August 1998 and officially founded in February 1999, under the name "NewAir." by Neeleman.
As the CEO of JetBlue Airways, his 2002 salary was $200,000 with a bonus of $90,000. Neeleman donated his entire salary to the JetBlue Crewmember Crisis Fund, which was established for JetBlue employees who had fallen on hard times.

On May 10, 2007, David Neeleman was replaced by David Barger as CEO of JetBlue and on May 21, 2008 he was replaced as chairman of the board by Joel Peterson.
On March 27, 2008 Neeleman officially announced plans to launch a new airline, Azul (Portuguese for "blue"), a domestic carrier in Brazil.

He speaks fluent Portuguese and holds both U.S. and Brazilian citizenship.
In the early years of JetBlue, founder David Neeleman said he always sat in the last row (row 27) of each Airbus A320 aircraft when flying on his company's airplanes, to demonstrate that pleasing the customer is more important than pleasing the CEO (at the time, seats in the 27th row – since removed from JetBlue's A320 airplanes – did not recline).