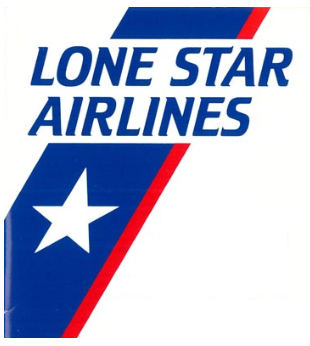 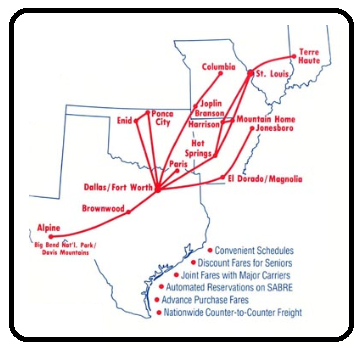 Lone Star Airlines was an American regional airline that operated both domestic and international flights. For much of the airline's life its headquarters were located in the Fort Worth Stockyards in Fort Worth, Texas. The airline's largest hub was located at Dallas-Fort Worth International Airport.
History 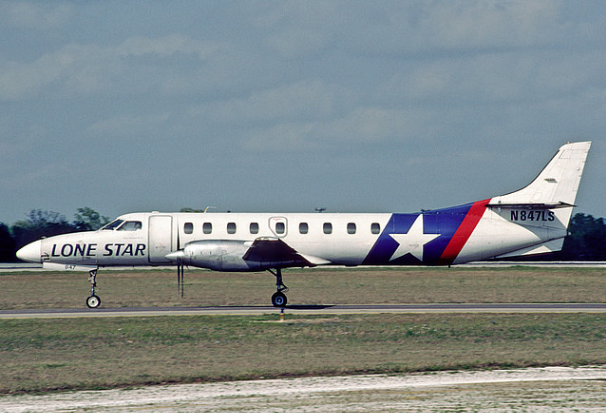 1988 and beyond
Exec Express II greatly expanded the number of routes, adding operations in Indiana, Louisiana and Missouri with new EAS destinations as well as unsubsidized destinations such as Alpine and Nacogdoches, Texas; Natchez, Louisiana; and Joplin, Missouri. A major maintenance base was established in Hot Springs, Ar. and the company began operating under the d/b/a Lone Star Airlines. With the addition of the high speed Dornier 328 aircraft in 1994, the company was able to operate long range (over 600 miles) non stop flights from DFW to locations in Mexico, Colorado, Tennessee, and Florida.
1993
With the interest and assistance of investors in Mexico, the airline began preparations for service to several destinations in Mexico and ordered the Dornier 328 to service these routes as well as some of its domestic routes. The peso was devalued shortly after operations commenced. Demand for service to Saltillo and Hermosillo was weak and service was discontinued shortly after it began. Torreón and Chihuahua City were more successful.
1995
The airline decided to add service to Knoxville, Tennessee and Aspen, Colorado. Scheduled airline operations into Aspen, require special authorization from the FAA. Following extensive coordination and assistance from Daimler Benz / Dornier, Honeywell Avionics, Aspen city and airport authorities, aeronautical engineers, the FAA and others; qualifications, procedures and training were established; special operating authority was granted and direct service between DFW and Aspen commenced.
Late 1996

Having demonstrated its ability to successfully service the Aspen community, the airline was acquired by Peak International, an aviation group out of Aspen, Colorado. funded largely by Skico and the Crown family. Colorado service then began operating under the d/b/a of Aspen Mountain Air (AMA) and the focus of Aspen service was changed from Dallas / Aspen to Denver / Aspen in direct competition with United Airlines. By late 1997, the airline was expanding rapidly; adding additional aircraft and destinations. New destinations included, Pensacola, Fl; Bozeman, MT and Sante Fe, New Mexico. The headquarters were relocated from the Fort Worth Stockyards to Grand Prairie, Texas.

1998
In concluding its response to AMA's request for an exemption to limits on its fleet expansion, the DOT (United States Department of Transportation) wrote: "Notwithstanding AMA's expectations that its expanded operations would prove profitable, they were not and, despite the infusion of funds from its owner, the carrier's financial situation deteriorated until, on August 7, 1998 AMA filed for Chapter 11 bankruptcy protection."  The airline was liquidated in October 1998. Some of the assets and crews went to Air Wisconsin. Some of the routes were taken over by Big Sky Airlines