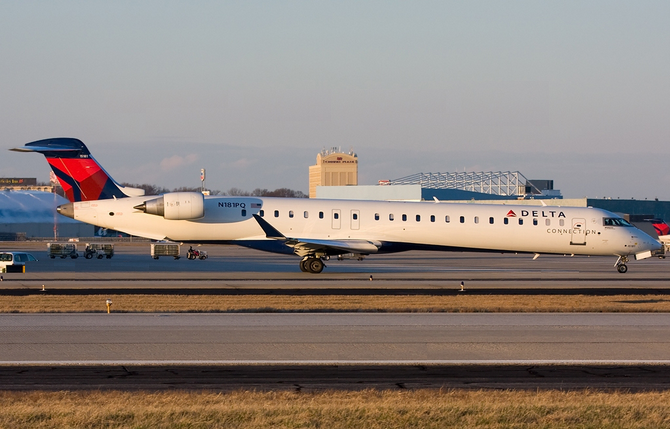 Endeavor Air is an American regional airline that operates as Delta Connection for Delta Air Lines. The airline was founded as Express Airlines I in 1985 and changed names to Pinnacle Airlines in 2002. In 2012, Pinnacle's parent company filed for chapter 11 reorganization, then emerged as a wholly owned subsidiary of Delta Air Lines. The name of the airline was changed to Endeavor Air on August 1, 2013.

Express I began its first code sharing agreement, in May 1985, with Republic Airlines. Republic was the dominant carrier in Memphis but, in keeping with the hub-and-spoke concept, wanted to add more smaller cities and free up its larger DC-9 jets to serve longer stage-length routes. Express I accomplished this by adding service, operating as Republic Express, to 3 cities using BAe Jetstream 31 aircraft. Within six months, Express Airlines I was operating in ten markets using nine Jetstream 31s and two Saab 340 aircraft.

On December 15, 1985, a second contract, with newly formed Express II, opened operations at Republic Airlines' home base, Minneapolis-St. Paul. Shortly after its creation, Express II was combined with Express I.

Over the next decade, Express I provided airline services as Northwest Airlink to 56 cities in the Southeast and upper Mid-West. In 1997, Northwest Airlines bought Express I from Phoneix Airline Services. On April 1, 1997, Express I became a wholly owned subsidiary of Northwest Airlines. In order to consolidate the many Airlink systems operated at that time, Express I transferred flying at Minneapolis-St. Paul, allowing it to concentrate on the Memphis Hub.

In August 1997, Express I moved its corporate headquarters to Memphis, allowing all the various departments to function from its main base of operations. On May 7, 1999, Express I announced a major transition into the jet age by becoming the launch operator of the Bombardier Canadair Regional Jet (CRJ) at Northwest.

Express I further expanded with the development of three additional Maintenance, Repair, Overhaul (MRO) facilities related to CRJ operations. The primary CRJ MRO is located in Knoxville, Tennessee, and is capable of handling up to four aircraft under cover. Other two CRJ maintenance sites are located Indiana at South Bend and Fort Wayne.

In 2006, Northwest agreed on a new Air Service Agreement (ASA) that contracted Pinnacle to fly 124 CRJs until 2017. A clause within the ASA stipulates that if Pinnacle and the Air Line Pilots Association did not agree on a new pilot contract by 31 March 2007, then Northwest could remove up to 17 CRJs from Pinnacle's fleet. After the deadline passed with no new pilot contract, Northwest exercised its right to remove 17 CRJs from Pinnacle, starting in September 2008 at a rate of two CRJs per month. Ironically, these 17 CRJs were removed from Pinnacle and handed over to Mesaba Airlines in 2008, which Pinnacle's parent company later acquired in 2010.

Northwest had also allowed Pinnacle to seek flying from other carriers. On April 30, 2007, Pinnacle Airlines Corp. signed a 10-year contract with Delta Air Lines to be a Delta Connection carrier. The 16 Bombardier CRJ 900's began delivery in November 2007 and the deliveries were completed in May 2009. The first batch of delivered aircraft were based in Atlanta and began service in December 2007. On June 10, 2008 Pinnacle announced that Delta planned to withdraw from the contract by 31 July 2008 for failure to make its timetable. However, on July 18, 2008 Delta announced that an agreement had been reached that would allow Pinnacle to continue flying for Delta under the terms of the initial contract. The remaining 4 CRJ-900s would be delivered between January and May 2009, at which point all 15 CRJ-900s would be in service for Delta Connection. 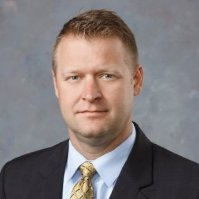 On January 4, 2012, Pinnacle's fleet grew when its parent company moved aircraft and personnel from Mesaba Airlines, which ceased operations when the operating certificate was returned to the FAA.

Endeavor Air
On April 1, 2012, Pinnacle's parent company and its subsidiaries filed for bankruptcy protection under Chapter 11 of the United States Bankruptcy Code.The airline discontinued its operation of its Saab 340 and Bombardier Q400 turboprop aircraft by the end of November 2012. On May 1, 2013, Pinnacle Airlines Corporation emerged from chapter 11 reorganization as a wholly owned subsidiary of Delta Air Lines. After restructuring, the airline was renamed to Endeavor Air, its headquarters were moved to Minneapolis, MN, and agreements with Delta were made to operate 76-seat regional jets and eliminate 50-seat jets.