Merged into Piedmont in 1985 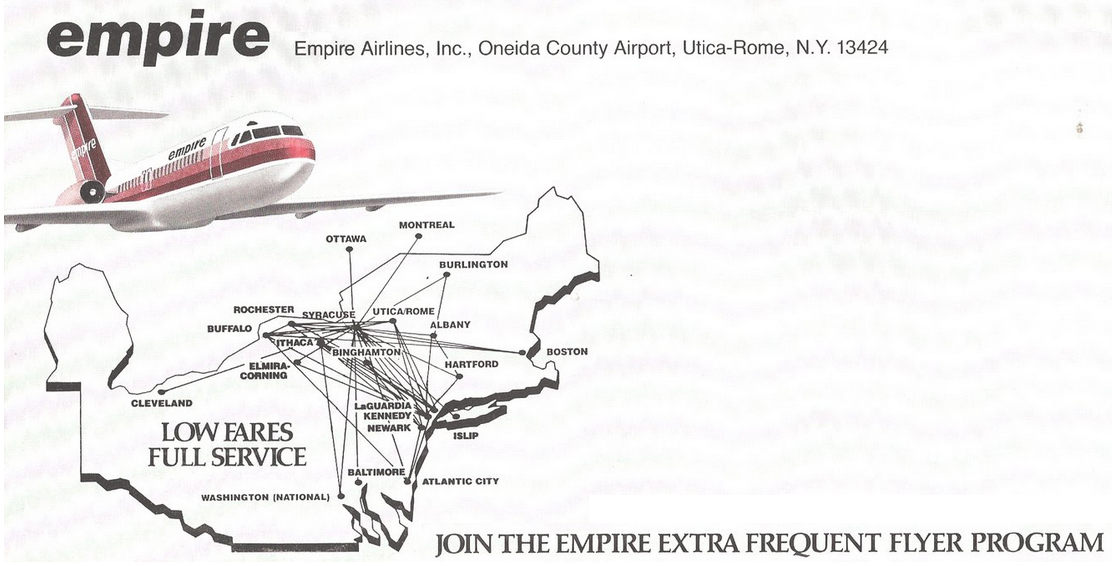 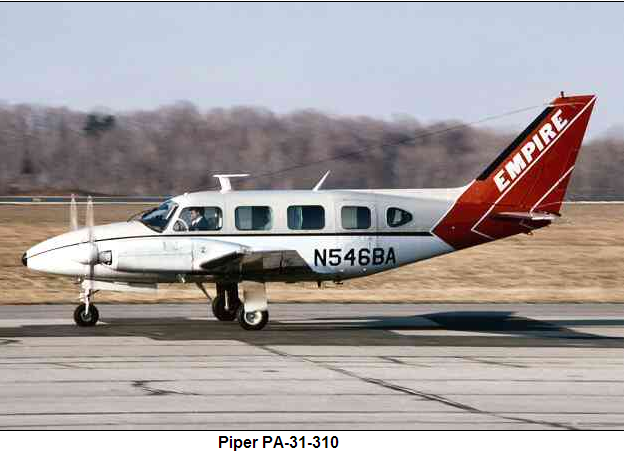 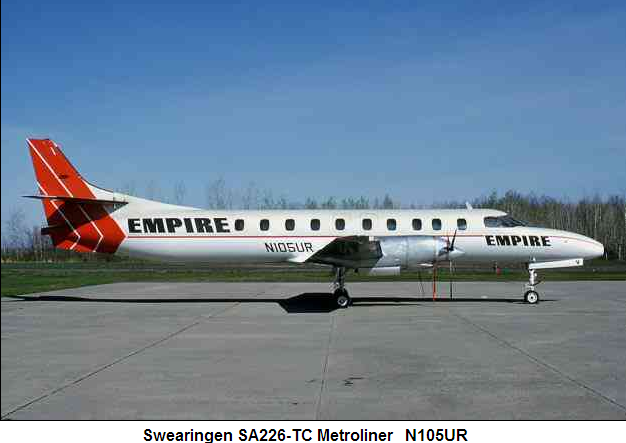 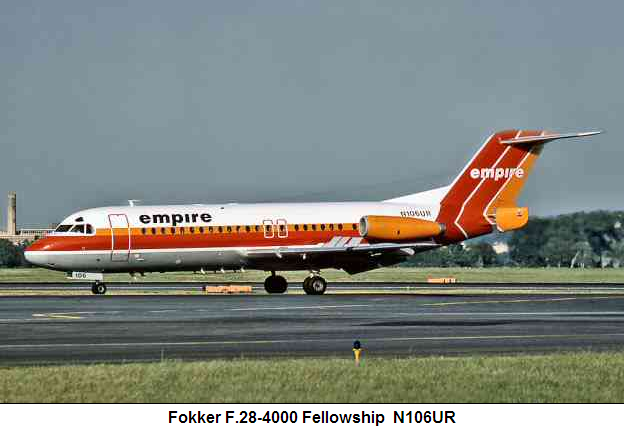 Empire Airlines was a regional airline serving the Northeastern United States beginning in 1976. In 1985, the airline was purchased by Piedmont Airlines, which itself was later purchased by USAir and whose name now lives on in the US Airways Express network.

Founded by Paul Quackenbush, Empire Airlines began with its hub at the Oneida County Airport serving Utica and Rome, New York. Much of its early growth came by picking up routes abandoned by Allegheny Airlines as they concentrated on service to larger cities. Empire expanded throughout the early 1980s to destinations in the Northeast and Mid-Atlantic states. For a time, Empire aircraft also provided feederliner service to Pan Am as "banner carrier" Pan Am Express at John F. Kennedy International Airport. Toward the end of its existence Empire announced plans to phase out its turboprop fleet and become an all-jet regional airline. Coinciding with this was a decision to reduce their presence in Utica and relocate their headquarters and most of their operations to Syracuse Hancock International Airport.

Empire was founded in the 1970s as a small carrier based in Utica. After USA Airline Deregulation in 1978, the airline saw potential to grow a hub operation at larger nearby Syracuse using a fleet of 80-seat Fokker F-28 regional jets and smaller Swearingen Metro turboprops. Empire acquired additional F-28s from Philadelphia-based Altair Airlines after that airline shut down in 1982. In addition to hub flights at Syracuse, Empire offered direct flights from other medium-sized Mid-Atlantic cities like Rochester and Buffalo to major business centers like New York and Boston.

Empire's success attracted the attention of Piedmont Airlines, a pre-Deregulation "local service carrier" based in North Carolina. After Deregulation, Piedmont expanded into the Northeast, starting with a hub opened at Baltimore-Washington International Airport in about 1982. Piedmont bought Empire in 1985 and merged them into itself on 1 May 1986. Syracuse joined Baltimore, Charlotte, and Dayton, OH as hubs in Piedmont's system. In about 1987, Piedmont opened an extension to the south concourse at Syracuse Hancock Airport to handle additional growth.
The dominant pre-Deregulation local-service carrier in the Mid-Atlantic and Northeast, USAir, saw Piedmont's growth into the Northeast as a threat to its lucrative and often previously monopoly routes from medium-size cities such as Rochester, Syracuse and Buffalo. As part of the industry-wide consolidation of 1986–1987, USAir bought Piedmont in 1987. USAir operated Piedmont as a separate unit, including the old Empire Syracuse hub, until they merged Piedmont into themselves in August 1989. By the early 1990s the old Empire Airlines hub was gone, its connecting traffic moved mostly to USAir's key hubs in Pittsburgh and Philadelphia, Pennsylvania.

Empire Airlines was a regional casrrier founded by Paul Quackenbush at the Oneida County Airport
in Utica, New York.originally based in Utica, New York. Scheduled operations began in 1976 with
a single Piper PA-23-250 Aztec. This was augmented in 1977 with three Navajos, one of which is
seen above at Westchester County Airport, White Plains, New York in January 1979 in this nice shot
by Howard Chaloner. Initial services were flown between Utica and Syracuse. As cities were aband-
oned by Allegheny, Empire was quick to pick them up.

Empire expanded quite rapidly in the late 1970s by picking up stations abandoned by Allegheny.
The network soon extended from Buffalo to New York's La Guardia Airport and served a dozen
intermediate cities. A modest fleet of six Metroliners was acquired. N105UR is seen above in
this shot by Bob Garrard at home base Oneida County Airport, Utica, NY in May of 1981.
By the early 1980s Empire had expanded to several destinations in upstate New York, the
Northeast and and Mid-Atlantic states. It also contracted to provide feeder service to Pan
Am at JFK International. In 1985 it announced planes to become an "all-jet" carrier and
purchased a fleet of a dozen Fokker F.28s from Holland, and disposed of the Metroliners.
. Bob Garrard caught N106UR at Washington's Ronald Reagan National Airport in June of
1985. Note deployed spoilers and air brakes in this nice shot. At the time the Fokkers
were acquired the airline moved its headquarters to Hancock International Airport in Syracuse.
With the advent of de-regulation and the competition which ensued, Empire was sold in
1985 to North Carolina based Piedmont. That airline itself, of course, later became a wholly
owned subsidiary of US Airways Group.