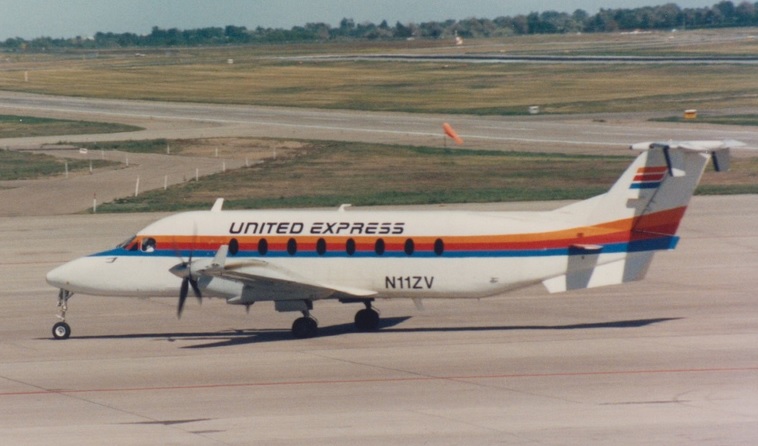 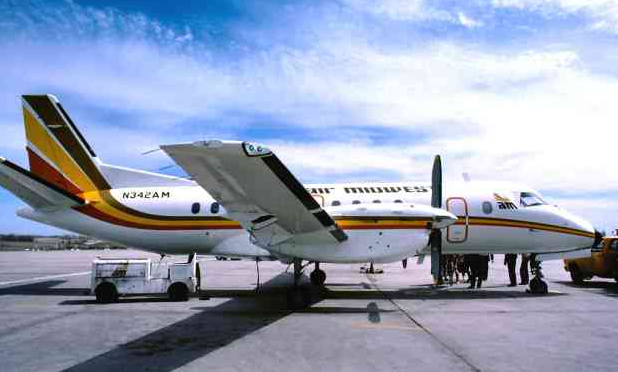 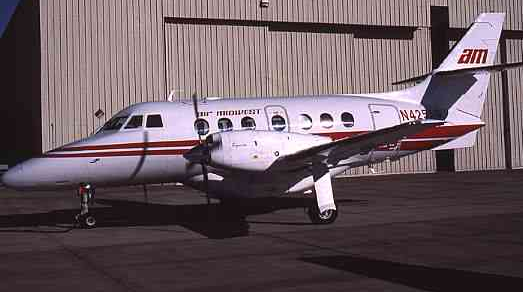 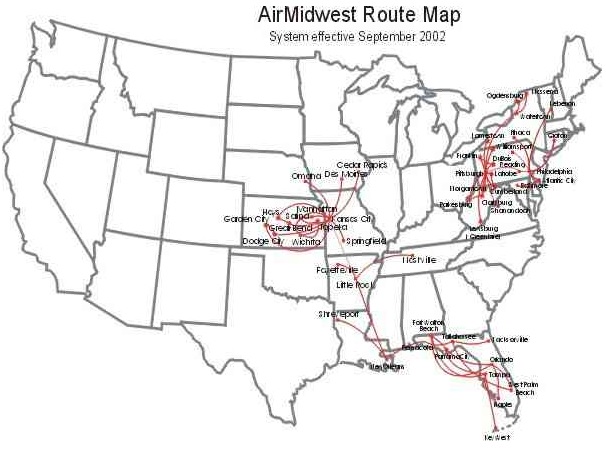 Air Midwest, Inc., was a Federal Aviation Administration Part 121 certificated air carrier founded on May 15, 1965. It was headquartered in Wichita, Kansas, United States, and was a subsidiary of Mesa Air Group. It operated flights as US Airways Express, including a code share with Midwest Airlines, and as Mesa Airlines. It served 28 cities in 12 states. Air Midwest was shut down by its parent company, Mesa Airlines, in June 2008.

Air Midwest was founded in Wichita, Kansas, in May 1965 by Gary Adamson as Aviation Services, Inc. Using a single Cessna 206, Adamson transported human remains for area mortuaries. Later, Aviation Services held out for charter and in 1967 began scheduled service flying between Wichita and Salina.

As Frontier Airlines withdrew from the western Kansas market in 1968, Aviation Services moved in to assume air service. In 1969, it changed its name to Air Midwest and ordered Beech 99 aircraft to keep up with its expansion.

By 1978, it was operating a fleet of 10 Metroliners and was expanding from Kansas and into New Mexico, Iowa, and Nebraska.[citation needed] Mesa Air Group acquired Air Midwest in 1991. In 1979, Air Midwest took over many routes operated by Texas International Airlines in New Mexico. This new service to New Mexico was connected to the Kansas operations by serving Lubbock, Texas. Air Midwest served the Lubbock market and partnered with Braniff Airlines in Lubbock. From Lubbock, service was started to Hobbs, Roswell, Carlsbad, and Albuquerque, New Mexico. Service was also started from Lubbock, to Garden City, Dodge City, and Wichita, Kansas. In July 1979, service was also inaugurated from Lubbock and Wichita, to Ponca City, Enid, and Oklahoma City, Oklahoma, as well.

In 1985, Air Midwest merged with Scheduled Skyways, a Fayetteville, Arkansas-based air carrier, in hopes of gaining a codeshare to feed Republic Airlines' Memphis hub. Air Midwest would expand by acquiring routes in Arkansas to complement its existing routes in the midwest. Both carriers operated Metros, and Air Midwest had an opportunity to win a codeshare with Republic.

Republic picked a different air carrier to feed its Memphis hub. Air Midwest discovered many hidden problems with the neglected fleet inherited from Scheduled Skyways, forcing the airline to perform a great deal of maintenance to keep the aircraft flying. The merger with Scheduled Skyways pushed Air Midwest to the verge of bankruptcy over the few years that followed.

Eastern abruptly pulled out of Kansas City leaving Air Midwest no one to feed. Air Midwest quickly negotiated a codeshare agreement with Braniff (1983-1990), just in time for the second incarnation of Braniff to go bankrupt.

In 1990, Air Midwest negotiated a codeshare agreement with USAir.

On July 12, 1991, Air Midwest published a message to all employees, "St. Louis hub sold to TransStates, all else to Mesa."

A book on the history of Air Midwest was written by Dr. Imre E. Quastler, an authority on regional airlines.

On January 8, 2003, Air Midwest had its first fatal accident when Air Midwest Flight 5481 operating as US Airways Express and departing out of Charlotte for Greenville-Spartanburg crashed 37 seconds after takeoff. All 19 passengers and two crewmembers were killed in the accident.

For a period of three weeks in August 2006, Air Midwest operated as Delta Connection, flying three Beechcraft 1900D from John F. Kennedy Airport to Providence, Rhode Island, and Windsor Locks, Connecticut, as a stop-gap measure for Freedom Airlines, another subsidiary of Mesa Air Group, until it was relieved by Chautauqua Airlines.

A report published in The Wall Street Journal on January 14, 2008, included a statement from Mesa CEO Jonathan G. Ornstein that the company had decided to shut down Air Midwest, citing significant losses stemming from increased maintenance and fuel costs. All cities served by Air Midwest received notices of intention to end service, except for Prescott and Kingman, Arizona.[3] Mesa later announced plans to completely shut down the Air Midwest subsidiary, with all services to be terminated by June 30, 2008. At the time of its shutdown, there were 20 airplanes in service, down from a high of 118.