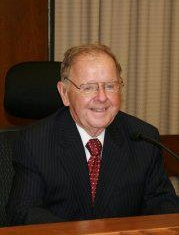 Colgan Air was an American certificated regional airline subsidiary of Pinnacle Airlines Corp. The headquarters of Colgan Air were located in Memphis, Tennessee.

Colgan Air's major hubs were in Newark and Washington (Dulles). It was operating for United Express when it became defunct. Pinnacle Airlines Corporation phased out the Colgan Air name on September 5, 2012 and transferred operations to other subsidiaries.

Colgan Air building in Manassas, Virginia, USA
Charles J. Colgan founded fixed base operator Colgan Airways Corporation at Manassas Airport in 1965. It began scheduled service under contract with IBM in 1970 between Manassas, Virginia near Washington, D.C., and Dutchess County Airport near Poughkeepsie, New York. It expanded over the next decade and a half and was sold in 1986 to Presidential Airways.

After Presidential went defunct in 1989, Colgan and his son, Michael J., restarted service under the name National Capital on a Washington-Dulles to Binghamton, NY route on December 1, 1991. Service was provided with Beechcraft 1900C equipment. This route was later dropped and the name Colgan Air adopted. On July 1, 1997 Colgan became a feeder for Continental Airlines, operating under the name Continental Connection.

Saab 340B in Colgan Air livery
On December 11, 1999, Colgan left the Continental system and became exclusively a US Airways Express carrier, focusing its routes around major US Airways stations such as LaGuardia, Pittsburgh, and Boston. However, in 2005 Colgan acquired additional Saab 340 aircraft and resumed service as Continental Connection out of Houston.

In January 2010, Colgan Air closed the LaGuardia crew base in response to the slot transaction at LaGuardia and Washington National Airport between US Airways and Delta Air Lines.[citation needed]

Pilot Group
In December, 2008, the pilots of Colgan Air voted overwhelmingly to become members of the Air Line Pilots Association (ALPA). The U.S. National Mediation Board (NMB), which oversees union representation elections, announced that 313 of 449 eligible pilots voted in support of representation by ALPA, well above the threshold required for certification. Prior to the election, the Colgan pilots were unrepresented by a union. The drive for representation began in 2007 when an organizing committee was formed by a group of pilots at Colgan Air. The organizing committee hoped that union organization would help improve on the poor working conditions that the pilots of Colgan Air had to endure. This feeling was shared by the Colgan Air pilot group, which voted 70% in favor of unionizing.

In 2010, the pilots of Colgan Air began negotiations for a Joint Collective Bargaining Agreement (JCBA). Joining and participating with the Colgan pilots in these negotiations were their ALPA counterparts at Pinnacle and Mesaba Airlines. Because the three airlines were owned by the same holding company (Pinnacle Corp) the elected ALPA pilot-representatives strongly felt a joint contract, shared by the three airlines, was the only way to prevent a labor whipsaw by management.

On February 17, 2011, the pilots ratified the Joint Collective Bargaining Agreement after an agreement was reached with Pinnacle Corp management. This JCBA was a momentous event in the history of Colgan Air's pilots. It marked an end to working under ever changing, sub par working conditions and the fear that a pilot could be terminated without just cause. The JCBA provided provisions which would increase safety at the airline by providing for clear language that pertained to combating pilot fatigue and revamping the training process for pilots. The JCBA also provided new wage and work rules which would ensure that Colgan pilots would be paid and treated comparably to their counterparts at other regional airlines