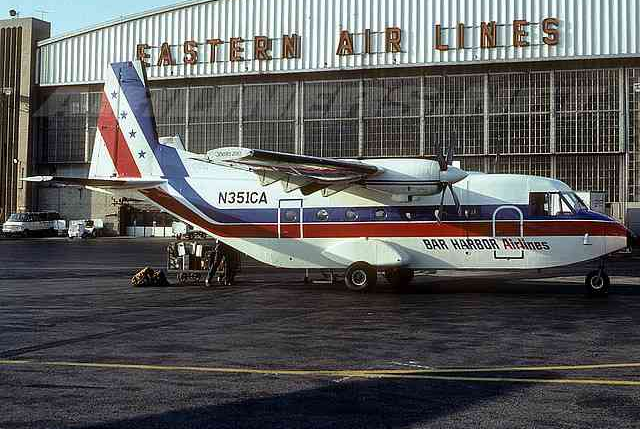 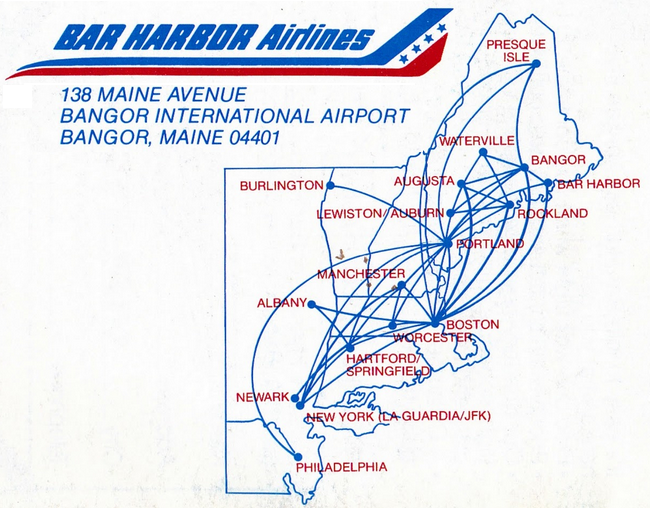 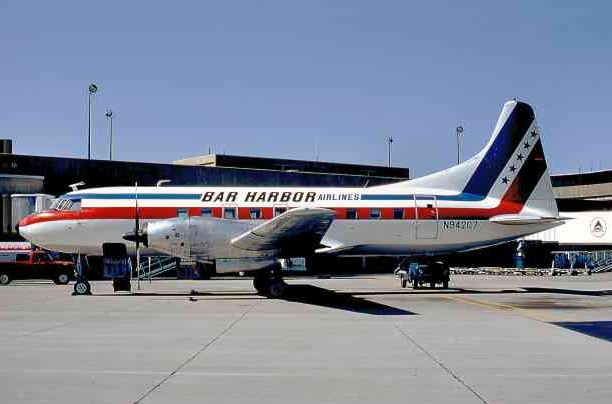 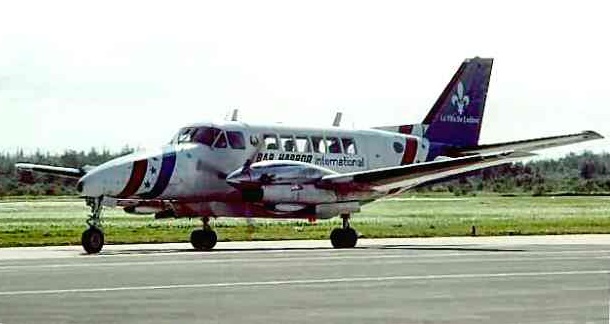 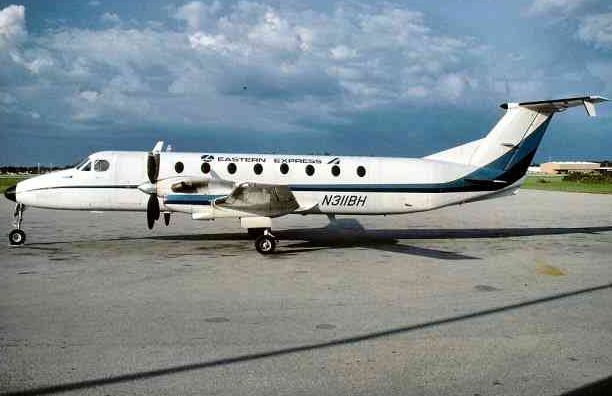 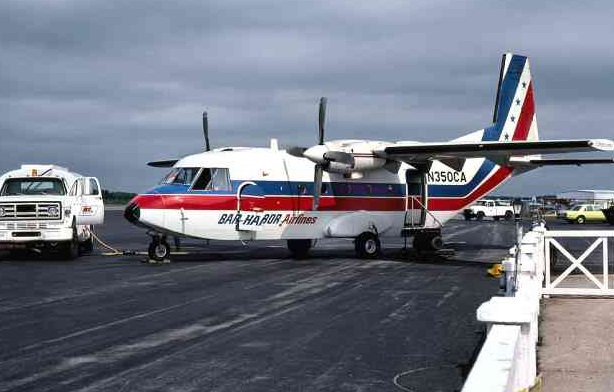 
The company was founded by brothers Thomas and Joseph Caruso, as Bar Harbor Airways. They began flying charters and scenic flights from the Bar Harbor town dock. By 1950, they had established a base of operations at the Hancock County-Bar Harbor Airport.

Bar Harbor Airlines started flying in 1971, using the Hancock County Airport as its hub. The airline's first route was to Boston.

The route proved so popular, especially among those from Maine who had daily jobs in Boston, that by 1972, the airline expanded its route system by 350 percent, including seven cities and becoming an international airline, with a flight from Boston to Quebec City, Quebec, Canada. It adopted the slogan, "Linking Maine With the World".

By 1974, the airline offered round-trip services between each city it served. Being a commuter airline made this easy, as each of its services consisted of short flights with quick turnaround times, and, with a large number of aircraft available, Bar Harbor had hubs in every city it served. During the 1970s, Bar Harbor Airlines primarily used Beechcraft Model 99 aircraft.

The airline also offered cargo service to the destinations it served. Bar Harbor's first crash, on August 16, 1976, was on a cargo flight from Bangor International Airport in Bangor, Maine, to Bar Harbor. The airplane carried only one person, the pilot, and he was not injured.

The airline's second accident proved to be tragic. On May 16, 1978. A flight carrying company founder Thomas Caruso, his son Gary Caruso(Vice President of the Company) and two other company pilots crashed during a storm near Bar Harbor Airport in Trenton, Maine. There were no survivors.

On August 25, 1985, a Beechcraft Model 99 operating as Flight 1808 crashed while landing in Auburn, Maine. Two crew members and six passengers, including Samantha Reed Smith, died in the crash.

Other than the crash in 1985 of a Beechcraft that carried Samantha Smith, the airline did not receive much bad publicity outside New England after the accident. This was partly because commuter air carriers are generally known only around the communities they serve. Bar Harbor Airlines decided to make Boston's Logan International Airport its only permanent base, apart from the Bar Harbor airport hub. Also during this decade, the airline bought some Convair 600, CASA C-212 Aviocar, Saab 340, Beechcraft 1900, and ATR 42 turboprop aircraft, putting them into service immediately. Bar Harbor began to operate flights under a code-share agreement with Eastern Air Lines, and later with Continental Airlines.

In April 1987, Texas Air Corporation purchased 50% of Bar Harbor Airlines, through a transfer of its ownership of Provincetown-Boston Airlines (PBA) to Bar Harbor. Texas Air had acquired PBA through its merger with People Express, and already owned Eastern Airlines and Continental Airlines. At the time, Provincetown-Boston (PBA) was operating as Continental Express, and Bar Harbor as Eastern Express. Texas Air continued to operate the consolidated PBA/Bar Harbor as a commuter carrier for both Continental and Eastern, with hub operations at Boston, New York/LaGuardia, Newark, Philadelphia, Tampa and Miami.

In 1989 Bar Harbor moved its headquarters to Houston, Texas from Maine after the state refused to renew a multi-million dollar tax break.

With additional aircraft financing, Texas Air International (through Eastern Air Lines and Continental Airlines) acquired a majority interest in Bar Harbor. Bar Harbor stopped flying its older aircraft and the older PBA aircraft by the beginning of 1990 in favor of newer, modern aircraft. After Eastern's strike, bankruptcy filing, and ultimate separation from Texas Air, Bar Harbor too had to be divided between the two carriers. The aircraft fleet was divided between the two parents; the Saab 340s and Beechcraft 99s went to Eastern, and the ATR 42s went to Continental. The routes were divided between the two carriers. The Miami and Tampa hubs went to Eastern and continued operating as Eastern Express, while the Newark, LaGuardia, and Boston hubs went to Continental and operated as Continental Express. Employees were given the choice of going with either the Eastern Express division or the Continental Express portion of Bar Harbor. The Bar Harbor Airlines name and operating certificate ironically went to Eastern for the Florida operation. Continental then merged the New England portion of Bar Harbor and PBA with its other commuter carriers: Britt Airways (based in Terre Haute, Indiana) and Rocky Mountain Airways (based in Denver), and operated Continental Express under the Britt Airways certificate.

Bar Harbor Airlines and its parent Eastern Airlines suffered economically from the Gulf War of 1991. Rising fuel costs from the war, as well as management and labor issues were contributing factors in Eastern's demise. Only two months after Eastern stopped flying in January 1991, Bar Harbor ceased flying as Eastern Express. Efforts by a small group of investors were made to purchase Bar Harbor's former Eastern Express assets prior to their liquidation but ultimately proved futile as they too were liquidated along with the remains of Eastern.

During the 1970s, the airline featured a rather simple, small yellow cheatline livery on otherwise all-white airplanes. Later, a bold livery of single red and blue stripes separated by large blue stars was adopted. As an Eastern Express carrier, Bar Harbor utilized a modified Eastern Airlines color scheme including a flared "hockey stick" livery on the tail.