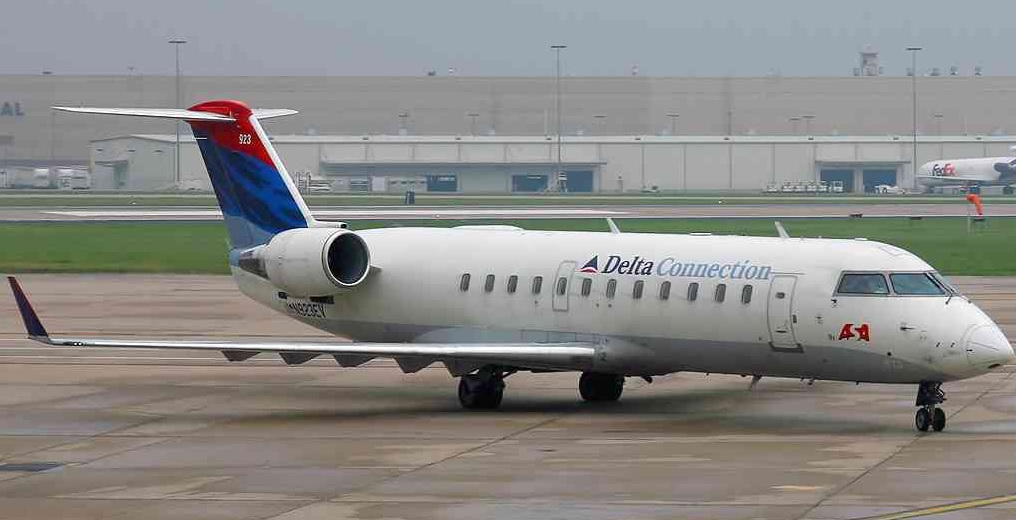 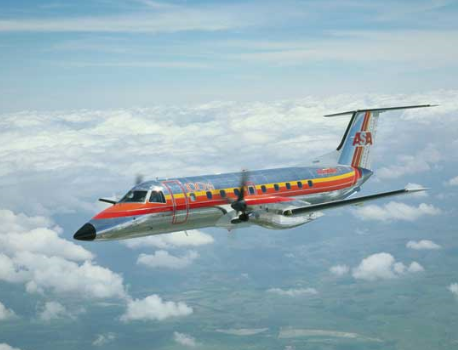 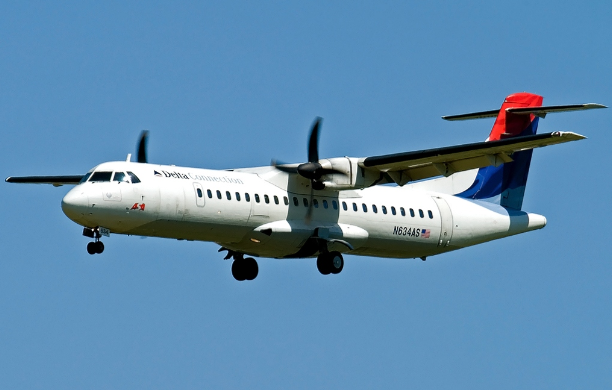 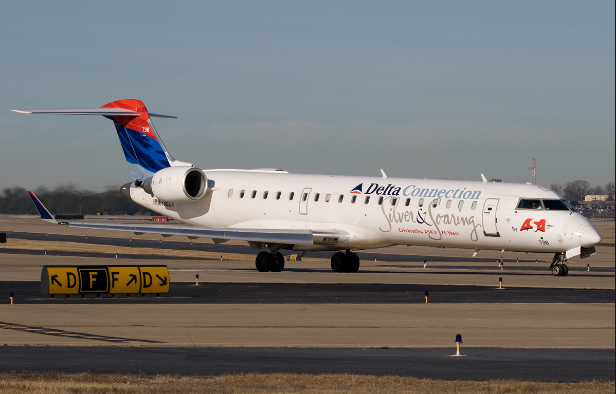 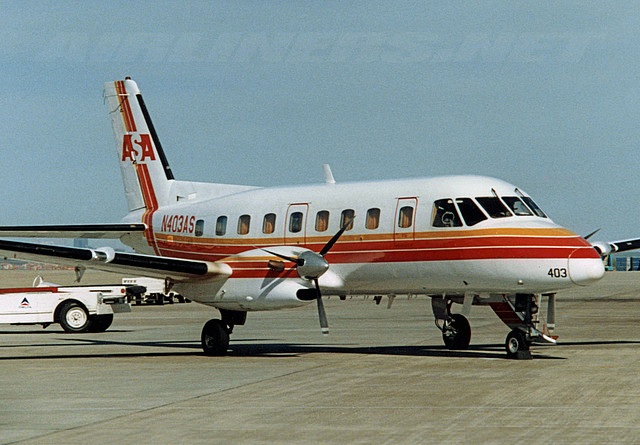 
On March 12, 1979, the company was incorporated as Atlantic Southeast Airlines, Inc. with headquarters established in the Atlanta area. June 27 saw the start of operations with one 19-passenger Twin Otter aircraft between Atlanta and Columbus, Georgia. From 1979 to 1999 the call sign for ASA was "ACEY". In 1999 there was confusion with call sign for the Federal Aviation Administration (FAA)- New Mexico based fighter unit w/ call sign "ACER". The FAA insisted one change call its sign and ASA was the one to change since they had used the call sign for the least amount of time. June 27, 1999 ASA changed to call sign CAA "Candler" after the founder of Coca-Cola, Asa Candler. On March 15, 2006 ASA was allowed to change its call sign back to ACEY, after the New Mexico fighter unit went defunct. Over the years, ASA's ICAO identifier changed from ASE to CAA to ACY to ASQ.. The company went public when the initial stock offering was completed in 1982.

The first of a fleet of Embraer Bandeirante twin-engined turboprop light airliners was delivered to ASA in December 1980.[3] On April 1, 1983 the company acquired Southeastern Airlines. About a year later, in 1984, ASA joined the Delta Connection Program as one of the first regional partners.[citation needed] After only a few years as a true regional airline, the company was named 'Regional Airline of the Year' by Air Transport World in January 1987.

ASA initiated jet service with introduction of BAe 146 aircraft in 1995. Two years later, the company began using the Canadair Regional Jet (CRJ) for service from its Atlanta hub. CRJ service from the Dallas/Fort Worth hub began in 2000.

On September 8, 1998 the company was honored as one of the global aviation and aerospace industry's best managed companies by Aviation Week and Space Technology magazine.

Delta Air Lines acquired the company on March 22, 1999, increasing its stake in Atlantic Southeast Airlines from 28% to 100%, and operations began on May 11 of that year. In 2000, Comair, a Delta Connection partner, joined ASA in announcing industry's largest regional jet order. Also in 2000, ASA went international with flights to Toronto, Canada, from Atlanta.

In 2002, ASA received and began using its first Delta Connection 70-seat CRJ700 aircraft. All previous CRJs were CRJ200 models, which only offered 50 seats. Also in 2002, ASA began service to its 100th airport: Cincinnati/Northern Kentucky International Airport in Cincinnati, Ohio. By June 2003, ASA had received its 100th CRJ. In 2004, a special-edition CRJ700 was delivered to ASA to celebrate its 25th anniversary of passenger service.


On August 15, 2005, Delta announced that it had entered into an agreement to sell ASA to SkyWest, Inc. for $425 million, and on September 8, 2005, SkyWest announced that the acquisition had been completed, and that the code shares and flying would commence that night.

Shortly after the completion of the purchase by SkyWest, Inc. the decision was made to close ASA's Salt Lake City hub and transfer 12 of ASA's CRJ700s to SkyWest Airlines. Eventually only 4 of the 12 airplanes were transferred between the certificates. SkyWest Airlines also took delivery of the remainder of ASA's regional jet orders, as 5 additional CRJ700s and 17 CRJ900s.

On June 1, 2006, ASA filed with the US Department of Transportation for an exemption to begin service from Los Angeles International Airport to nine Mexican destinations under the Delta Connection brand. This service is contingent on US as well as Mexican government approvals. ASA also announced the opening of a Los Angeles crew base on December 1, 2006, to support the expanded west coast operations. ASA began operations at its new Los Angeles focus city on December 15, 2006.

On December 20, 2006, Skywest Inc. announced that 8 Comair CRJ700 aircraft would be transferred to Atlantic Southeast Airlines and operated out of Delta's Cincinnati hub beginning in January 2007. This followed a request for proposal put out by Delta Air Lines aiming to reduce costs of its Delta Connection service.

On December 30, 2008, Delta announced that 10 CRJ900 aircraft would be allocated to Atlantic Southeast Airlines beginning in April 2009. Eight aircraft will be delivered from the factory and two already in service with Pinnacle Airlines will be transferred to ASA. As part of the fleet enhancement, 20 CRJ200 aircraft will be removed from ASA's Delta Connection Agreement beginning in June 2010.

ASA had the lowest rate of on-time performance, and the worst rate of mishandled baggage among all 19 US air carriers reporting to the US Department of Transportation for the full-year 2006. ASA's baggage handling performance improved slightly in 2007, but they once again ranked last out of all 20 reporting carriers for on-time performance. It should be noted, however, that ASA is not directly responsible for the mishandled baggage problems since ASA baggage is handled by Delta Air Lines. Under Brad Holt's new leadership, on-time performance has been steadily improving, with full recoveries in markets such as Montgomery, Alabama, where ASA was honored for exceeding the city's expectation in improving performance.

On May 21, 2010 Atlantic Southeast unveiled a new brand moving away from "ASA," and a new vision.

In August 2010, SkyWest announced that it had entered into a definitive merger agreement with ExpressJet Holdings, whereby Atlantic Southeast, as SkyWest's wholly owned subsidiary, will purchase ExpressJet for $6.75 per share. Day one of the combined airlines was Friday, November 12, 2010. The combined airline will be based in Atlanta. ExpressJet currently operates as Continental Express and United Express. The airline expects to be operating under one certificate 4th quarter of 2011.

On July 13, 2011, Atlantic Southeast announced that it will change its name to "SureJet" after completion of its merger with ExpressJet. However, the reaction of employee groups at both airlines was so negative that the new name was put on hold less than 24 hours after being announced. Brand information and press releases pertaining to "SureJet" have been removed from Atlantic Southeast's public and employee websites and the company's combined identity was reconsidered. On October 14, 2011, the company announced that Atlantic Southeast's official company name will change to ExpressJet Airlines on December 31, 2011.  On November 22, 2011, both Atlantic Southeast and ExpressJet gained approval from the FAA for a single operating certificate that would allow them to operate as a single carrier under the ExpressJet name making ExpressJet the largest regional airline in the world with more than 400 aircraft 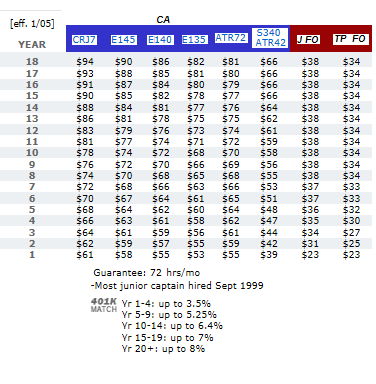