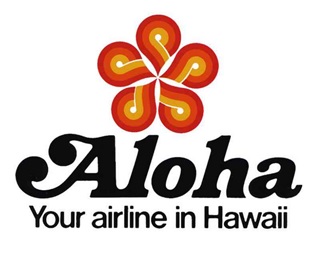 The airline was founded as charter carrier Trans-Pacific Airlines by publisher Ruddy F. Tongg, Sr. as a competitor to Hawaiian Airlines, commencing operations on July 26, 1946, with a single World War II-surplus Douglas C-47 (DC-3) on a flight from Honolulu to Maui and Hilo. The name reflected Tongg's vision of a trans-oceanic airline connecting California, Hawaii, and China. It soon earned the nickname "The Aloha Airline" and was flying four aircraft by the end of the year. Approval to operate as a scheduled airline came when President Harry S. Truman signed the certificate on February 21, 1949, with the first scheduled flight on June 6, 1949, following ceremonies held the previous day.   In 1952, the airline reported its first annual profit: $36,410.12. The airline's market share rose to 30% that year, up from 10% in 1950, the year the airline adopted the name TPA-The Aloha Airline. However, the introduction of the Convair 340 at Hawaiian Airlines halted further growth of TPA's market share for over five years. In 1958, real estate developer Hung Wo Ching, whose family held a sizable stake in the airline and following overtures by Tongg, was elected president of the airline. In November of that year, the company changed its name again, becoming Aloha Airlines. On April 15, 1959, Aloha took delivery of its first Fairchild F-27 turboprop aircraft. These aircraft were unique to Aloha, built with a stronger keel beam and thicker belly skin to satisfy concerns about ditching the high-wing aircraft. That summer, Aloha's market share jumped to 42%.

Aloha retired its last DC-3 on January 3, 1961, becoming the second airline in the United States to operate an all-turbine fleet. In 1963, the airline took delivery of two Vickers Viscounts from Austrian Airlines and soon acquired a third from Northeast Airlines. Soon, the airline made the move to pure jets, with its first BAC One-Eleven arriving in Honolulu on April 16, 1966. The last F-27 was retired from service in June 1967. As Hawaiian Airlines took delivery of larger Douglas DC-9-30s, Aloha realized its smaller One-Elevens, which also took performance penalties in Kona, put it at a disadvantage. The airline went shopping and placed an order for two Boeing 737-200s in December. Named "Funbirds", the Boeing jets entered service on March 2, 1969. The massive capacity increase hurt both airlines, and in 1970, the first of three unsuccessful merger attempts between the two rivals (the others coming in 1988 and 2001) was made. In October 1971, the airline sold its remaining Viscount 745 turboprop aircraft and became an all-jet airline.   In 1983, Aloha introduced its AlohaPass frequent flyer program. In 1984, the airline leased a McDonnell Douglas DC-10-30, and on May 28, inaugurated service with the aircraft between Honolulu, Guam, and Taipei under the name Aloha Pacific. The operation, however, was unable to compete with Continental Airlines, and was discontinued on January 12, 1985. In October of that year, Aloha acquired Quick-Change 737 aircraft that could be quickly converted from a passenger configuration to all-cargo freighter for nighttime cargo flights. In February 1986, Aloha began weekly flights between Honolulu and Kiritimati (Christmas Island), becoming the first airline to operate ETOPS 737s.   In late 1986, Ching and vice-chairman Sheridan Ing announced plans to take the company private, and it remained in the hands of the Ing and Ching families until its emergence from bankruptcy in 2006, when additional investors including The Yucaipa Cos., Aloha Aviation Investment Group, and Aloha Hawaii Investors LLC took stakes in the airline. In 1987, the airline acquired Princeville Airways, renaming Aloha IslandAir, which became known as Island Air in 1995. In 2003, Island Air was sold to Gavarnie Holding and became an independent airline.   On February 14, 2000, the airline began mainland service, flying newly delivered Boeing 737-700s from Honolulu, Kahului, and Kona, Hawaii to Oakland. The carrier soon started regularly scheduled flights to and from Orange County, San Diego, Sacramento, Reno, and Las Vegas. For a short time Aloha also offered flights from Honolulu to Vancouver. In addition, the airline served the Burbank-Glendale-Pasadena Airport (BUR, now known as Bob Hope Airport) in the Los Angeles area with nonstop Boeing 737-700 service to and from Honolulu.   Aloha Airline's longest inter-island route was 216 miles, while the shortest route was a mere 62 miles. Average travel distance per inter-island flight was 133 miles.[citation needed] Aloha also marketed some inter-island routes served by partner Island Air, and passengers earned miles in either its own frequent flyer program, AlohaPass, or in United Airlines' Mileage Plus program.    Economic challenges   Rising costs and an economic retraction in Japan put Aloha into a defensive position in the early 2000s, soon exacerbated by the September 11, 2001 terrorist attacks, the SARS panic of 2003, and soaring fuel prices. On December 30, 2004, Aloha Airlines filed for Chapter 11 bankruptcy protection in an attempt to cut costs and remain competitive with other airlines serving Hawaii. Following approval of new labor contracts and securing additional investment from new investors, the airline emerged from bankruptcy protection on February 17, 2006. On August 30, 2006, Gordon Bethune was named Chairman of the Board.

Citing losses from a protracted fare war incited by inter-island competitor go! (operated by parent company Mesa Airlines) and high fuel prices, Aloha filed for Chapter 11 bankruptcy protection again on March 20, 2008. Ten days later, on March 30, 2008, Aloha Airlines announced the suspension of all scheduled passenger flights, with the final day of operation to be March 31, 2008. The shutdown resulted in the layoffs of about 1,900 of the company's roughly 3,500 employees. Hawaii Governor Linda Lingle asked the bankruptcy court involved to delay the shutdown of Aloha Airlines passenger services, and forcibly restore passenger service; however, federal Bankruptcy Judge Lloyd King declined, saying the court should not interfere with business decisions.   After the shutdown of passenger operations, Aloha and its creditors sought to auction off its profitable cargo and contract services division. Pacific Air Cargo emerged as the highest bidder for the contract services division; the sale of the division to Pacific Air Cargo is currently in progress. Pacific Air Cargo will operate the division under the name Aloha Contract Services.  Several companies expressed interest in purchasing Aloha's cargo division, including Seattle-based Saltchuk Resources, California-based Castle & Cooke Aviation, and Hawaii-based Kahala Capital (which included Richard Ing, a minority investor in the Aloha Air Group and member of Aloha's board of directors). However, a disagreement between cargo division bidders and Aloha's primary lender, GMAC Commercial Finance, ended with the bidders dropping out of the auction. Almost immediately afterwards, GMAC halted all funding to Aloha's cargo division, forcing all cargo operations to cease; at the same time, Aloha's board of directors decided to convert its Chapter 11 bankruptcy reorganization filing into a Chapter 7 bankruptcy liquidation.   Saltchuk Resources decided to renew its bid to purchase the cargo division at the urging of U.S. Senator Daniel Inouye, and a deal between Aloha and Saltchuk was struck and approved by the federal bankruptcy court, where Saltchuk would purchase the cargo division for $10.5 million. The sale was approved by federal Bankruptcy Judge Lloyd King on May 12, 2008, with the sale expected to close two days later.   Prior to its bid for Aloha, Saltchuk Resources was already present in Hawaii through its subsidiaries Young Brothers/Hawaiian Tug & Barge, Hawaii Fuel Network, Maui Petroleum and Minit Stop Stores. The company also owns Northern Air Cargo, Alaska's largest cargo airline. A new subsidiary, Aeko Kula Inc., was set up by Saltchuk to operate Aloha Air Cargo.