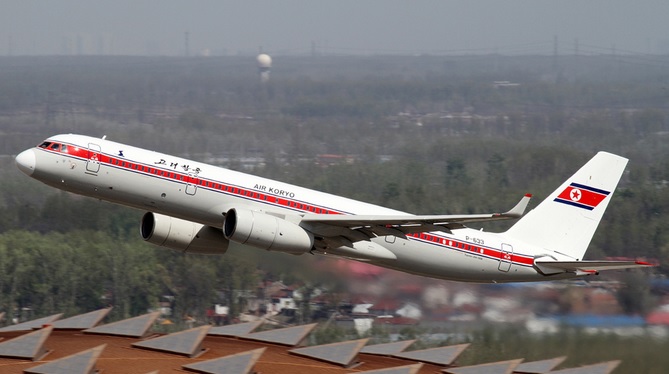 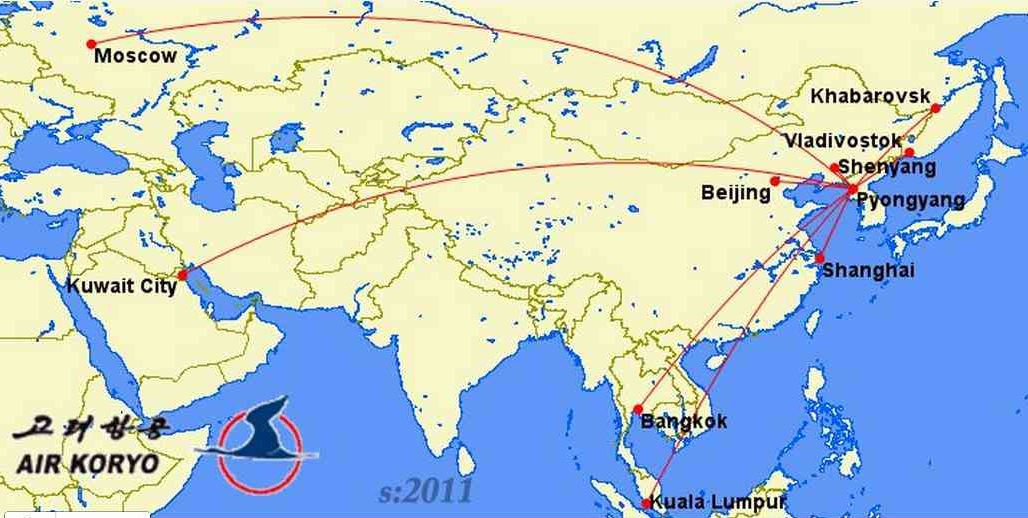 Air Koryo has offices in Beijing and Shenyang in China; Vladivostok in Russia; Bangkok in Thailand and Berlin in Germany. There are sales agencies in Tokyo in Japan; Kuala Lumpur in Malaysia; Singapore; Taipei in Taiwan; Hong Kong; Kuwait; Italy; Austria and Germany.

Air Koryo was established first under the name SOKAO (Soviet-North Korean Airline), which was founded in 1950 as a joint North Korean-Soviet concern to connect Pyongyang with Moscow. Services were suspended during the Korean War, to resume in 1953. The current airline was established in 1953 as UKAMPS (renamed Civil Aviation Administration of Korea (CAAK) in the 1970s)[citation needed], started operations on 21 September 1955, and was placed under the control of the Civil Aviation Administration of Korea. CAAK began operations with Lisunov Li-2, Antonov An-2 and Ilyushin Il-12 aircraft. Ilyushin Il-14 and Ilyushin Il-18 turboprops were added to the fleet in the 1960s.

Jet operation commenced in 1975, when the first Tupolev Tu-154 was delivered for services from Pyongyang to Prague, East Berlin and Moscow. However, because the Tu-154 did not have the sufficient range, the plane had to land not only at Irkutsk, but also at Novosibirsk. Along with the Tu-154, Tu-134s and An-24s were delivered to start domestic services.

The Tu-154 fleet was increased at the start of the 1980s, and the first Ilyushin Il-62 was delivered in 1982 (two of these aircraft are used in VIP configuration), allowing CAAK to offer a direct non-stop service to Moscow for the first time. During this period, Sofia and Belgrade were also destinations. However, under current European Aviation Regulations, because of maintenance concerns and noise emissions, Air Koryo is forbidden from landing at any European airport with this type of aircraft under Convention rules specified in the article.

Skytrax rates Air Koryo as the worst commercial airline in the world (in regards to customer service and not necessarily because of safety). It is the only airline on the website which is given a 1-star rating due to poor customer service.

The end of the Cold War and the collapse of communism in East Europe saw a vast reduction in the number of international services offered. CAAK became Air Koryo in March 1992. In 1993, Air Koryo ordered 3 Ilyushin Il-76 cargo aircraft to carry extra cargo to its destinations in China and Russia. Air Koryo purchased a Tupolev Tu-204-300 aircraft in December 2007 and another Tu-204 in March 2010[8] to replace the aging international fleet. Air Koryo also started modernizing its fleet interiors. With the new Tu-204, Air Koryo would be able to fly to Europe.

In September 2009, Air Koryo ordered a further example of the Tu-204-300 aircraft and in addition a single Tupolev Tu-204-100. Air Koryo was also in talks over possible orders for Sukhoi Superjet 100 to replace the aging Tu-134 and An-24 aircraft.

In 2011, Air Koryo inaugurated services to Kuala Lumpur and Kuwait City, both being operated weekly by Tupolev Tu-204 aircraft. The services operate during peak travel season- April to October.

In 2012, Air Koryo resumed services to Kuala Lumpur along with its expansion into Harbin, China. In 2012, Juche Travel Services a company operating tours to the DPRK, launched "aviation enthusiast" tours using chartered Air Koryo flights, which offered visitors the chance to fly on every variety of Air Koryo aircraft within North Korea, the Il-76, Mil-17, An-24, Tu-134 and Tu-154. The international services were operated by inbound and outbound Tu-204 or Il-62.

The first regular charter flights between North Korea and South Korea began in 2003. The first Air Koryo flight operated by a Tupolev Tu-154 touched down at Seoul's Incheon International Airport. Air Koryo operated 40 return services to Seoul, along with flights into Yangyang and Busan in South Korea. Inter-Korean charters from Hamhung Airport to Yangyang International in South Korea began in 2002. Yangyang has since been suspended, as Yangyang International Airport was closed in late 2008. Currently, there are no inter-Korean flights, according to laws in both countries.

Air Koryo is searching for new aircraft to add to its fleet. The new planes would be Russian-made, given the existence of sanctions from the US and the EU. Air Koryo is considering the Ilyushin Il-96 and Sukhoi Superjet 100 aircraft. The Tupolev Tu-204s are capable of flying to Moscow non-stop. Air Koryo have also installed LCD screens in their Tu-204s which now show safety demonstrations and films. Moreover, Air Koryo has purchased new airport low-floor buses.

In a recent Airliner World magazine, it was reported that Air Koryo will be trying to gain EU certification to fly into EU airspace. This would give Air Koryo the chance to resume scheduled flights to Berlin in the future. Rights to enter the EU airspace were granted by the EU authorities in April 2010, after a 7-year period of being banned from EU airspace. In April 2011, Air Koryo launched its first services to Malaysia with the inauguration of flights from Pyongyang to Kuala Lumpur. The flights operate twice a week with Tu-204 aircraft. Along with the new services to Kuala Lumpur, Air Koryo has also inaugurated links to Kuwait City operated weekly.

In October 2012, the airline launched its first online booking service. On the first quarter of 2013, Air Koryo had received their first Antonov An-148 aircraft, and their second on the final quarter of 2013.

The Tu-204 aircraft are currently scheduled on all international flights out of Pyongyang. With the arrival of the new aircraft, a new seasonal route to Singapore was introduced and the resumption of the Pyongyang-Bangkok route commenced in 2008. Its first revenue-earning flight was made on 8 May 2008. Air Koryo operates another version of the Tu-204 jet, being the Tu-204-100B, which is a longer version of their Tu-204-300. On 4 March 2010, Air Koryo took delivery of its second Tu-204, a −100B version. It started operating scheduled services the following day.

On 30 March 2010, the two Tupolev Tu-204 have been given the rights to operate into the European Union. The planned services to Germany could be resumed again with any of the two aircraft. 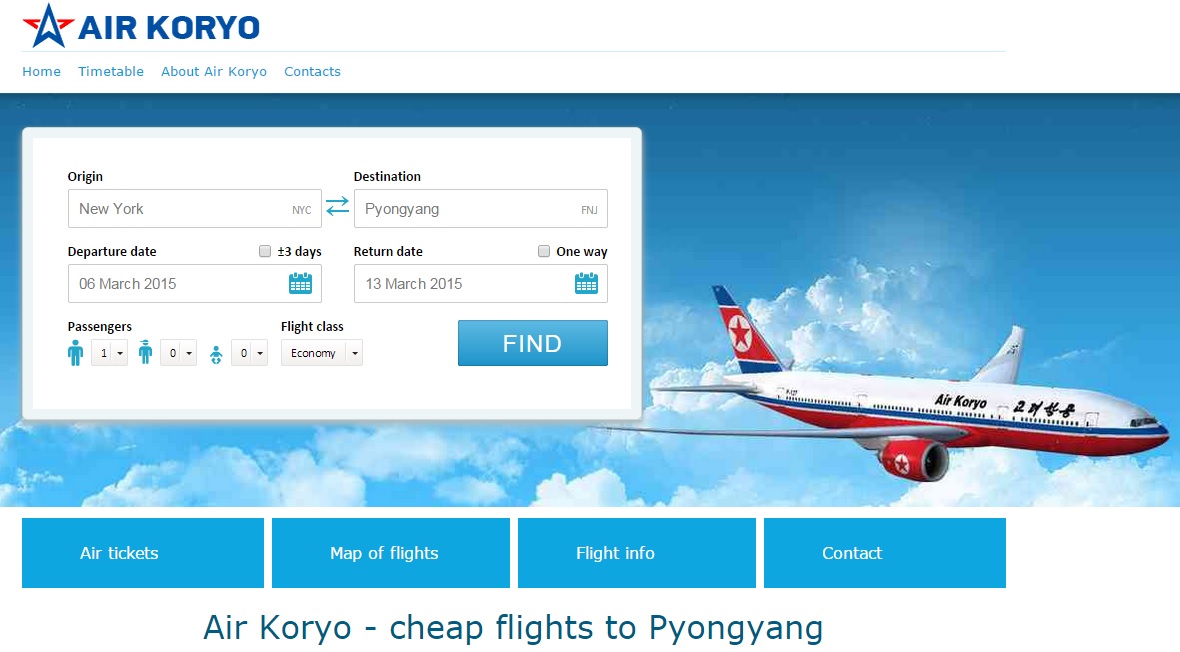