N801SA boards at Bradley International Airport (BDL) to Wilmington, DE (ILG) in 1999.
Shuttle America was established in 1995 by former CEO David Hackett, and began operations on November 12, 1998  as a low-fare commuter airline, headquartered in Windsor Locks, Connecticut, the location of Hartford's Bradley International Airport. Shuttle America's first route was Hartford, Connecticut to Buffalo, New York. Shuttle America got much publicity for their launch because of their "super-low $29 fares". Shuttle America's first aircraft; registered N801SA, was a 50-seat Bombardier Dash 8-300 with leather seats and a very creative and patriotic paint scheme. Shuttle America had rapid growth in its first year, adding more aircraft and destinations.

In 1999, Shuttle America made a controversial move to reach the Boston market. Instead of choosing the busy Logan Airport in East Boston, Shuttle America chose a nearby regional airport, Hanscom Field. Located in Bedford, Massachusetts, just 12 miles (19 km) west of Boston, it had amenities not found at the larger Logan Airport. With free parking, rental cars, and convenience to the I-95 highway, it was promoted as "Hassle-free Hanscom Field". From Hanscom, Shuttle America served Buffalo, LaGuardia Airport in New York, Trenton, New Jersey, and Greensboro, North Carolina via Trenton. At that time Trenton, New Jersey was acting as a hub because of its central location in their route network.

At the peak time of their operation without codeshares, the airline was flying six Dash 8-300 aircraft and transported over 3000 passengers per day. Additional destinations in their route network during this time period include Albany, New York, Islip, New York, Norfolk, Virginia, and Wilmington, Delaware. Despite the success in quickly expanding throughout the region, the airline attained financial trouble with its growth.

In 2001, Shuttle America was purchased by Wexford Holdings LLC., who at the time also owned Chautauqua Airlines. Shuttle America then started flying as US Airways Express in a codeshare agreement, adding service to US Airways' Philadelphia and Pittsburgh hubs as well as seasonal service to Martha's Vineyard, MA. At the same time, Shuttle America was transitioning to the smaller Dash 8-100 and started taking deliveries of former Chautauqua Saab 340 aircraft. The Dash 8-100's had been leased from Allegheny Airlines and were a temporary stop gap measure to allow for the spool up of the Saab 340 fleet. Eventually, the Dash 8-300's were sold to various airlines including Caribbean Star and Piedmont Airlines while the independent branding of Shuttle America was phased out in lieu of a full network of codeshares with US Airways and United Airlines with subsequent route changes to feed those carriers. In 2002, Shuttle America moved its headquarters to Fort Wayne, Indiana. In spring 2005, it was purchased by Republic Airways Holdings for $1 million. Headquarters were moved from Fort Wayne to Republic's Indianapolis base shortly afterwards, and the Saab 340 fleet was replaced by Embraer 170 aircraft operating for Delta Connection and United Express.

Republic Airways Holdings plans on merging Shuttle America and Chautauqua Airlines by the end of 2014 to reduce costs. Chautauqua's ERJ-145s will be moved to Shuttle America's operating certificate.

Operations
Shuttle America currently has five crew member bases: Columbus, Chicago O'Hare, Indianapolis, Newark, and New York-LaGuardia. Its fleet comprises Embraer 170 jetliners with a two-cabin seating configuration, allowing for 9 seats in First Class and 56 seats in economy, and 12 First Class seats on the E-175. These aircraft were initially operated by sister company Chautauqua Airlines, but Chautauqua was forced to transfer their 170s to Shuttle America after the pilots' union at American Airlines claimed the aircraft violated a "scope clause" regulating the size of regional aircraft operated by airlines that also operate under the American Airlines IATA airline designator code. Beginning in July, 2008, slightly larger Embraer 175 aircraft began to replace the Embraer 170 fleet in service with Delta. Towards the end of 2008, the airline achieved a major feat by being chosen to replace Delta Shuttle's MD-88 operations between New York's La Guardia Airport and Washington Reagan National Airport on the same hourly schedule that Delta has operated with larger aircraft for decades. Beginning June, 2010, new flights by Shuttle America on behalf of Delta Shuttle will serve Chicago's O'Hare International Airport from New York-LaGuardia with 11 round trips per day.

Callsign[edit]
On July 3, 2007, Shuttle America received approval from the ICAO to change its ATC callsign from Shuttlecraft to Mercury. However, prior to the changing of the callsign to Mercury it was changed to Crossroads, but the word cross was confusing to air traffic controllers. This change was necessary due to the similar sounding Air Shuttle callsign used by Mesa Airlines. The IDENT code remained the same as TCF. The IATA code of the airline has remained S5 through this time. 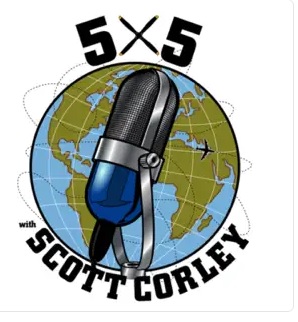