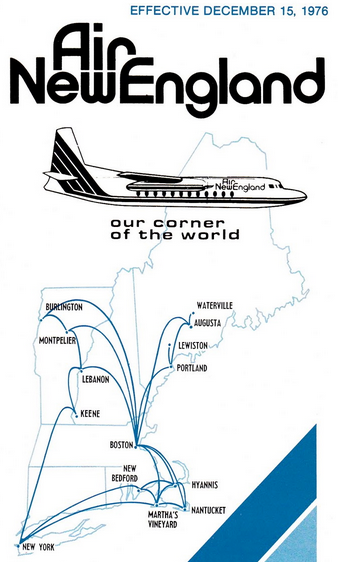 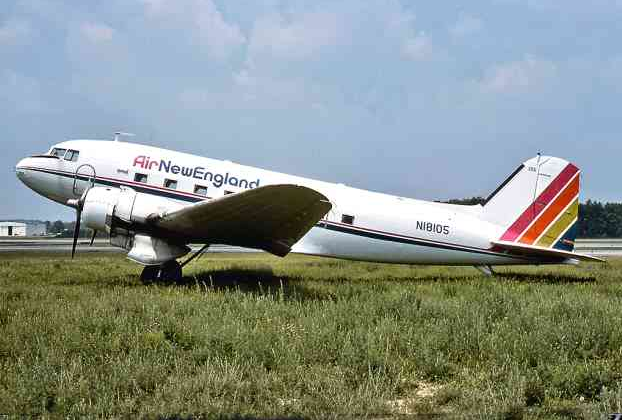 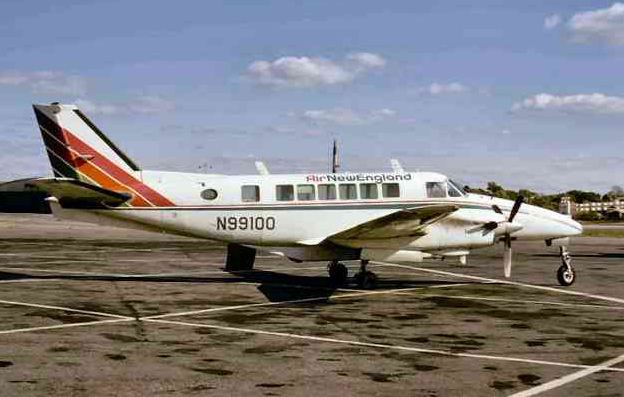 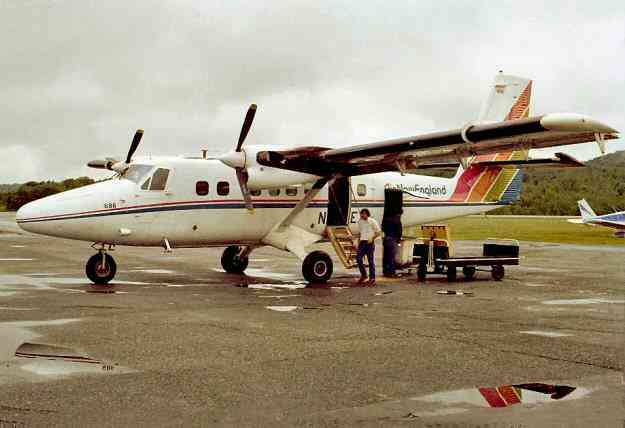 Air New England was an American commuter airline with service to New England communities during the 1970s. It was headquartered at Logan International Airport in the East Boston area of Boston, Massachusetts.

Scheduled service began in 1970 and continued until the company went out of business in 1981. Air New England holds the distinction of being the first airline certificated by the U.S. Civil Aeronautics Board since Ozark Air Lines in 1950. In the days prior to the Airline Deregulation Act of 1978, airlines (other than small commuters) were required to operate with a Certificate of Public Convenience and Necessity. Air New England operated principally with a fleet of DeHavilland Twin Otter and Fairchild Hiller FH-227 turboprop aircraft.

ANE was formed in November 1970 by Joseph Whitney, Nelson Lee, formerly of Executive Airlines and George Parmenter of Cape and Island Airways. Based in Hyannis, MA, they operated Beech 18s and a Twin Otter around the Cape and Islands, Boston and La Guardia. They expanded in 1971 with the first of 6 DC-3s. 1972 and 1973 saw more expansion with additional Twin Otters and Beech 99s. The Beech 18s were retired at this point. By 1974 the airline had expanded into Maine, Vermont, New York and would fly to all 6 New England states by 1978. In 1975 ANE received Part 121 certification and added FH-227s, bought from Delta Air Lines, to the fleet. Additional FH-227s were purchased from Ozark and by 1979, Convair 580s were added too. By this time the Beech 99's and DC-3s had been retired. Major expansion outside of NE occurred in 1979 to Albany, NY, Baltimore-Washington and Cleveland, but the handwriting was on the wall as the effects of deregulation began to materialize. ANE shutdown on 10/31/81 with 175 pilots, nearly 600 employees and had transported more than 3.6 million passengers safely. With deregulation and code sharing firmly in place ANE was the last of the stand alone commuter airlines.